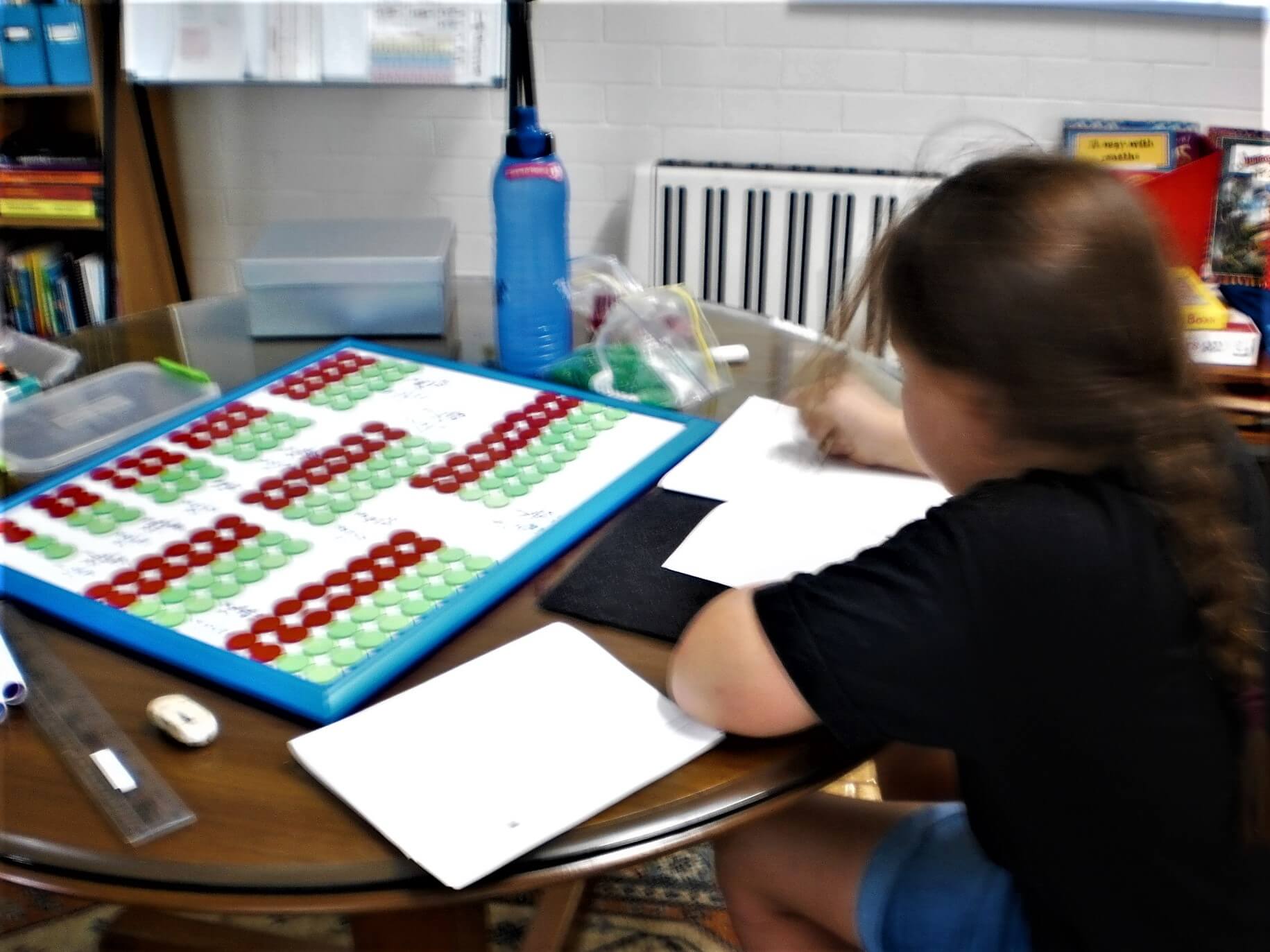 Mrs A stands at the front of the class, pointing stick in hand, demanding all eyes to the front while she points to each line of the three times tables chart while students chant each number fact. Meanwhile in another classroom, Mrs B moves from group to group of students who work with brightly coloured counters arranging them carefully in arrays (rows and columns), counting them and recording the number facts for themselves.

Which teaching method do you suppose is the more effective? Which method is more likely to produce positive attitudes towards Mathematics on the part of the students?

Drills and repetition do have a place in learning, but how much more engaging it is to work with materials you can handle and make discoveries for yourself? The ‘Aha’ moment when a student discovers, by setting up rows of counters and then turning them around (or looking at them from the side), that 3 x 4 is the same as 4 x 3 is well worth the effort as the number of multiplication facts needed to be learned is immediately halved by this technique.

Students experience a feeling of accomplishment when they are able to figure out tables for themselves using arrays. Beginning with the ‘two times table’ which uses ‘doubles’ which have already been learned as addition facts, students can lay out a row of counters from one to nine and then place a matching row of counters underneath (so that the two rows are visible). Each group is then recorded: 1 x 2 = 2, 2 x 2 = 4, 3 x 2 = 6 and so on. Students may count each counter individually in a group or may count how many in each row and add them, or if confident with ‘doubles’ may even be able to tell the answer after counting one row only. Recording their findings by writing them down is important as it helps the brain to remember.

When students are confident with the ‘four times table’ facts, they can work on the ‘three times table’ by laying out two rows of counters in one colour and one row of a contrasting colour underneath so three rows for each number are visible.

‘Five times table’ comes next and learning to count in fives can be related to telling the time on an analogue clock. Again counters can be used but starting with 5 x 5 as 1 x 5, 2 x 5, 3 x 5 and 4 x 5 will have already been learned.

The remaining sequence recommended (Booker et al. 2016, pp.266-289) is to learn the ‘nine times table’ after examining the patterns of the facts involving nines which have already been learned and using the patterns to work out 7 x 9, 8 x 9 and 9 x 9. After this three more facts need to be learned: 7 x 7, 8 x 8 and 8 x 7. Finally multiplication by ones and by zero.

And that is it! All the tables learned painlessly and a lot of knowledge gained about patterns, relationships between numbers and strategies for problem solving as well. Mrs B’s students are the lucky ones don’t you think?

Tell me about your own experience of learning tables at school. Which method do you prefer?