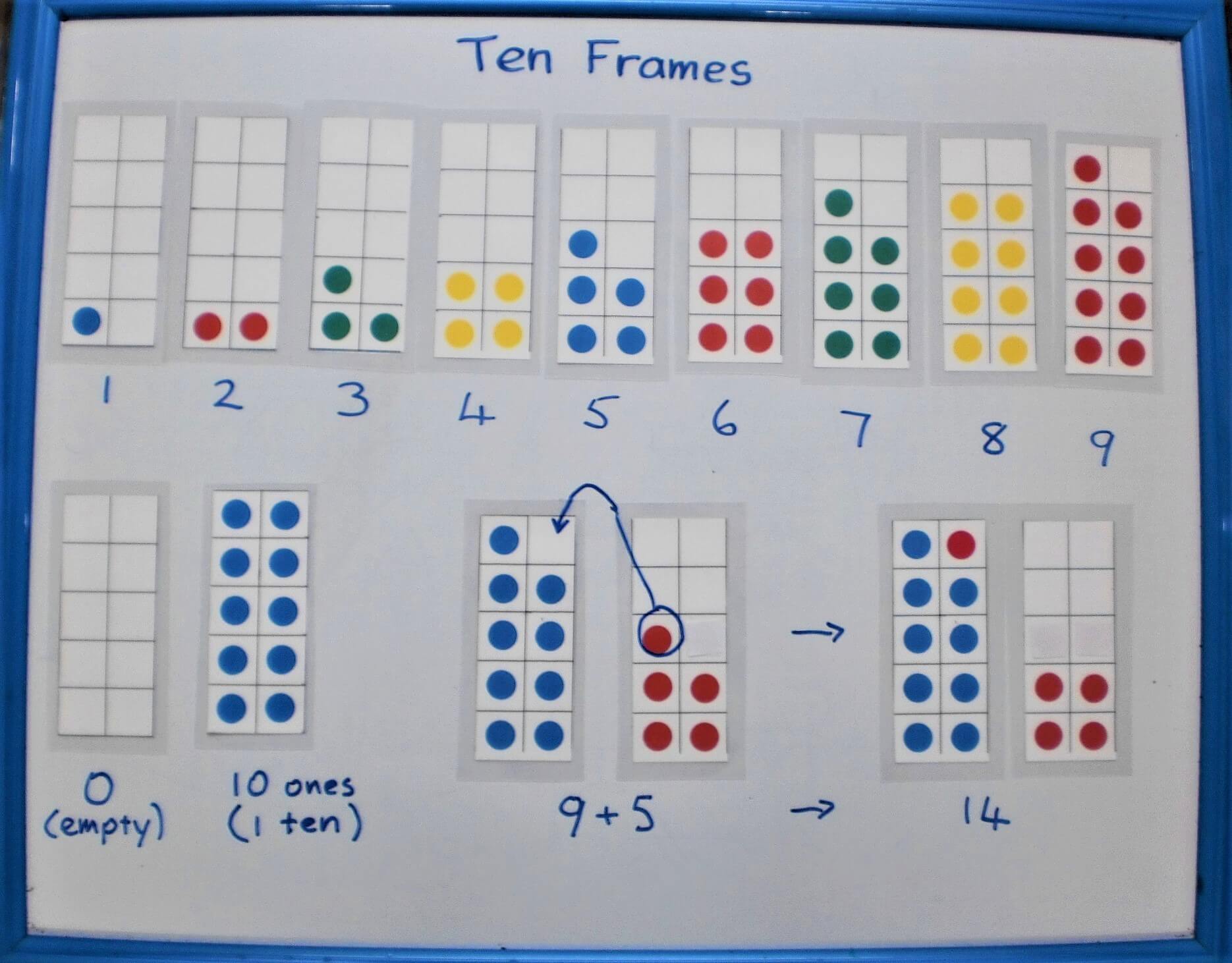 A simple, useful, hands-on visual aid for teaching counting and place value is the Ten Frame. What is a Ten Frame you may ask? It is a drawing of a rectangle on paper or cardboard divided into ten squares. It stands on its shorter end and is divided into five rows and two columns. Counters are placed on the Ten Frame starting at the bottom, filling the bottom row then the row above and so on (See the way that numerals 1 – 9 are shown in the accompanying picture). It is very useful for teaching counting, place value, ‘subitising’ numbers (showing parts that make up one whole number) addition and subtraction up to 20 and children enjoy handling the colourful counters to make the required numbers.

Here are some tips on how to use Ten Frames:

There are plenty of other ideas for using Ten Frames on the Internet. These are the ones I have found the most useful when tutoring students.

3 thoughts on “Why Use Ten Frames for Early Maths Skills?”